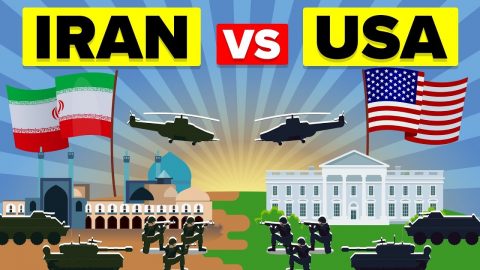 It’s no secret now that the US and Iran are throwing punches. With the termination of one of Iran’s top generals, and now a retaliation attack against bases in Iraq, many people fear a possible war. The internet has jokingly suggested a possible WWIII, but now it does seem pretty serious.

The video beautifully explains the actual numbers behind each country’s military from size, budget, and everything else. It seems to be lopsided in favor of the U.S. and reveals how much more powerful at least in numbers, what the U.S. has compared to Iran.

The Infographics Show Youtube channel actually published this content 5 months ago, and has showed up in many user’s “recommended videos” feed. Interesting.