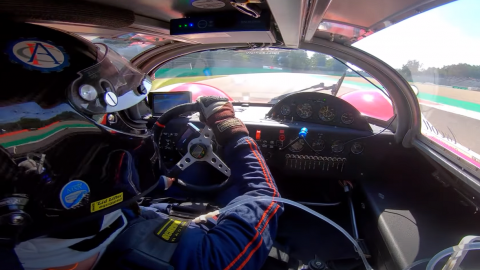 If you combined a gas turbine engine and a sportscar, it’s only a matter of time before you win a race. The Howmet TX achieved just that – being the first and only turbine-powered sportscar to win, getting two SSCA race victories.

The newer TX you see in the video doesn’t have the same rear-facing exhausts the past TX had. Instead, it has top exit exhausts without a wastegate system.

Take a quick look at how powerful and loud this Howmet TX can get on a race course in the video below.