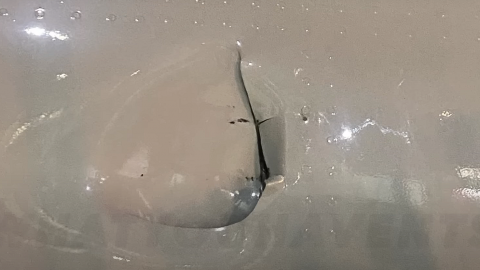 Passengers aboard a Boeing 737-823 had their trip delayed due to a somewhat rare incident.

According to reports, the aircraft was parking at the gate when a jet bridge suddenly struck the fuselage near the door. Jet bridges, most commonly known as passenger boarding bridges, are movable connectors that extend from the terminal gate to an airplane.

The impact left a prominent gash on the fuselage, leaving the aircraft grounded for the rest of the evening. Thankfully, its crew and passengers sustained no injuries and were able to relieve themselves from the plane without any further problems.

Meanwhile, the aircraft seems to have returned to its normal operations after repairs. It has been flying every day this month, with around 4 to 5 flights daily.