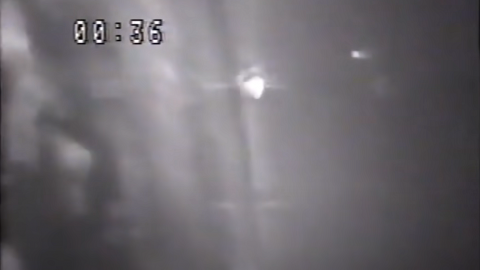 On January 4, 1989, two Libyan MiG-23s took off from Bomba airfield in Tobruk. During that time, two F-14A Tomcats and an E-2 Hawkeye were also operating south of Crete.

The Hawkeye detected the two MiGs and sent the F-14s to investigate. The two sides crossed paths and soon found themselves unsure of what each side was about to do. Opposing MiGs were equipped with AA-8 and AA-7 missiles, and both MiGs were also trying to turn back towards the Tomcats whenever they passed.

These circumstances led to the F-14s deploying their AIM-7 and AIM-9 missiles – downing the Libyan planes. Both planes were shot down and the pilots were seen parachuting to safety.

To this day, it is still one of the most controversial events of the Cold War.