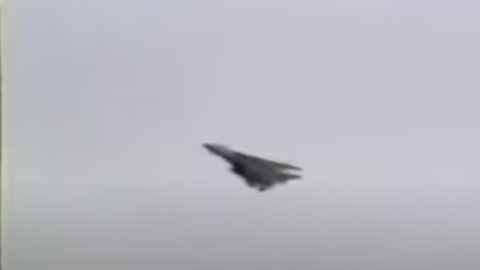 An F-14 Tomcat randomly exploding at supersonic speeds must have been a scary sight. Even though the explosion looked horrible, the pilot and Weapons Systems Operator somehow still managed to survive the crash. The two only suffered from minor 2nd-degree burns, according to articles.

The F-14A Tomcat was from Fighter Squadron 213 based at the MCAS Miramar in California. On September 20, 1995,  the Tomcat was flying by the USS John Paul Jones at supersonic speed when its engine exploded due to a compression failure.

A helicopter was provided by the Helicopter Anti-submarine Squadron from a Naval Air Station in San Diego and was able to return the aircrew safely back to their USS Abraham Lincoln carrier.