5 Facts About Life Inside $4 Billion US Gigantic Submarine 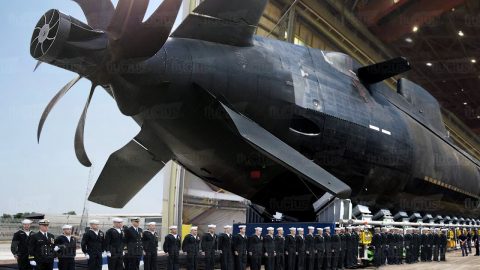 Life on board a submarine is anything but ordinary.

Crew members are inside the submarine for months with no windows to look out of. Because of how it’s designed, submarines also have cramped hallways. If that wasn’t enough, the sleeping quarters are also filled to the brim with crew members. It’s basically a claustrophobe’s worst nightmare come to life!

It’s not always that bad inside a sub. Their food is prepared by seven culinary specialists aboard the ship. These specialists would feed the crew 3 to 4 times a day. In order to accommodate these hungry submariners, they would have to prepare 4 hours before each meal. These sailors will probably not be complaining about their food anytime soon.

Their duty would take months to complete. During this time, they have no cellular service. After all, if you’re that deep underwater, cell signal is hard to come by.  Plus, anything that is considered nonessential will probably be not permitted to be carried inside the submarine. The last thing they want is a crew member not paying attention.

With almost no amenities available, these people would only work and sleep during their time inside. Most of the time, they would even need to change shifts regularly. The absence of sunlight might also affect their biological clocks so sleeping for the first few nights might be hard.

Bathrooms are seen as a necessity by everyone, including the Navy. However, a crew of 150 men would have to share 6 to 8 toilets if they’re lucky!