5 Reasons US Aircraft Carriers are Nearly Impossible to Sink 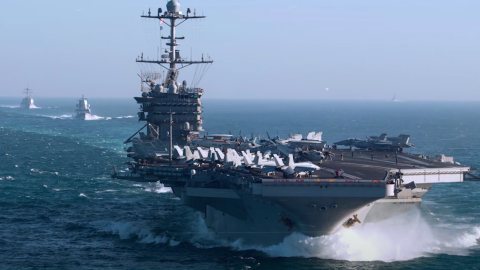 Nimitz-class carriers are one of the biggest warships ever built, yet they can reach 35 mph. The carrier also has armor that can potentially negate the devastation of torpedoes and mines.

Its high-performance sensors and radar-guided missiles are only two of the many weapons in its arsenal. These carriers have 20mm Gatlin guns and planes capable of defending the carrier as well.

Carriers have their own entourage called the “Carrier Strike Group”. Included in this are warships equipped with the Aegis combat system and submarines.

The Navy tries to minimize risks whenever possible. In some missions, they would clear mines first and deploy reconnaissance planes to make the carriers as safe as possible.

More and more advancements are made to counter the ever-evolving threat of enemy technology. One example is a shipboard jamming system to confuse homing missiles targeting the carriers.