How Top Gun: Maverick’s Darkstar may have fooled China 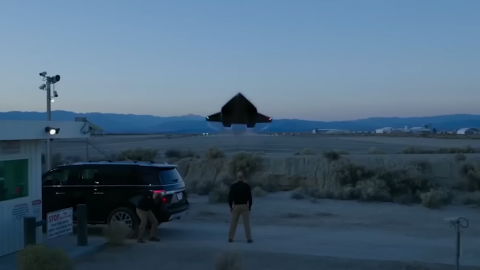 For the uninitiated, Skunk Works is Lockheed Martin’s Advanced Development Program. This group helped design some of the best aircraft we have ever seen like the U-2, SR-71, F-22, and F-35.

To make matters more interesting, the team that designed the SR-71 is the very same team that helped in creating Darkstar.

All In On Realism

Thanks to Joe Kosinski’s persistence, the Darkstar was made with the help of Skunk Works. According to Joe, the Darkstar they made was a full-size mock-up.

Fictional But Not Unrealistic

The Darkstar shares a resemblance with the SR-72 and that’s by design. There’s a reason why Skunk Works wanted to lend a hand in creating this plane.

China Gets A Peek

The producers were told by the Navy that the Chinese satellite suddenly changed course to photograph the plane. It’s so real that China had to take a quick look at it.