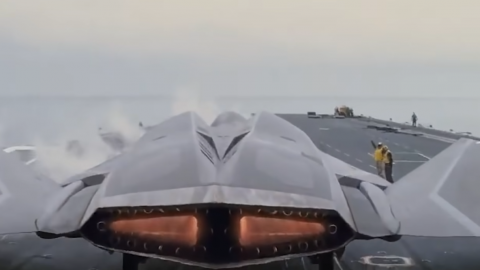 United States and other countries like China, Russia, Italy, Sweden, Japan, Germany, and many more are in the process of developing a sixth-generation aircraft program. A sixth-generation fighter will be much more advanced that those currently in service.

The U.S. Air Force’s Next Generation Air Dominance (NGAD) program is designed to complement and eventually replace the F-22 Raptor. And they revealed that they have designed, built and tested in secret a new fighter jet all in the span of one year. Meanwhile, although the U.S. Navy says that their next fighter will “most likely be manned”, there will also be unmanned platforms.