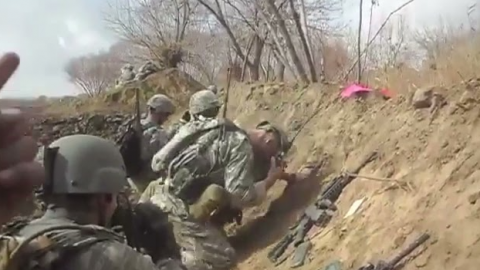 This seven-minute shows members of the 1st Battalion, 12th Infantry Regiment’s Bravo Company chilling as a section of A-10 Warthogs conduct multiple strafing runs on a Taliban position that was near the village of Ashoque in Afghanistan. Taliban fighters who attacked the soldiers during patrol found themselves on the business end of the deadly Warthog.

Ever since its introduction, the Fairchild Republic A-10 Thunderbolt II commanded respect and fear. It’s basically a flying gun, and it has never let the troops down. It features a powerful cannon that fires around 4,000 rounds per minute, and is famous for its BRRRRRRT sound which you can clearly hear on the video below.