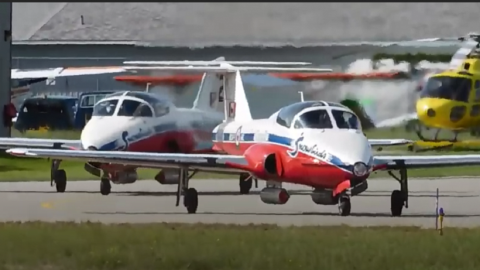 The Snowbirds are the same as the US Navy’s Blue Angels. They’re comprised of members of the Canadian Armed Forces and National Defence Public Service Employees and perform air shows.

In a statement, Defense Minister Harjit S. Sajjan said: “Canadians look at the Snowbirds as a source of joy and an exhibition of the incredible feats that our people in uniform are capable of. Operation INSPIRATION was intended to lift the spirit of Canadians at this difficult time and the Snowbirds accomplished their mission. I know that all Canadians grieve this tragic loss.”