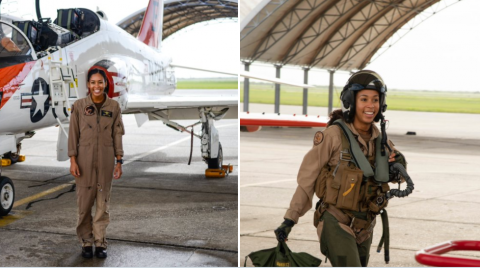 The Naval Air Training twitter account released news that the first known black female fighter pilot will receive her wings later this month. This is a historic moment in that this has never been done before. She is Lt. Jg. Madeline Swegle and she is from Virginia. Congratualtions!