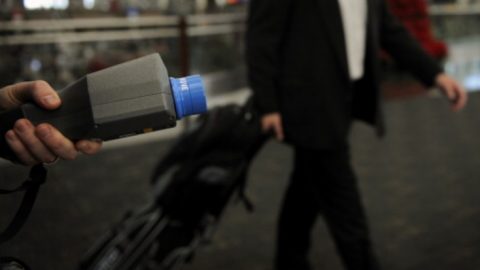 Flying on commercial airlines is a fairly routine process that no one really enjoys. There are risks while flying but they rarely occur and passengers go about their business as they reach their destination. However, the Transportation Security Administration has declassified details surrounding a surveillance program called Quiet Skies involving federal air marshalls spying on American citizens.

The TSA has often been considered a nuisance, combing through luggage and padding down passengers as they pass through security checkpoints. But they have implemented a new method of spying on passengers who raise suspicions.

Passengers may not even be on a terrorist watch list, behaviors such as excessive sweating or using the bathroom repeatedly can be grounds for surveillance. These methods are drawing criticism within the public and the Transportation Security Administration issued a statement in response.

“We are no different than the cop on the corner who is placed there because there is an increased possibility that something might happen.”

The TSA has yet to indicate if these methods have been effective in thwarting criminal plots. Many consider this a violation of their constitutional rights but the TSA continues to defend the program. Where do you stand on the issue? Is it necessary for the safety of airline passengers or is it a violation of their rights?