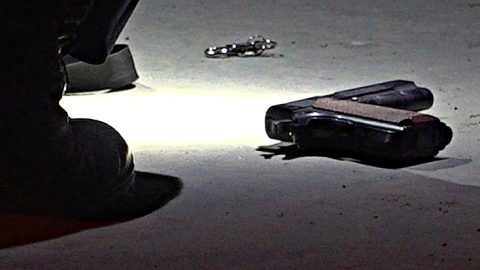 Navy Seals undergo some of the harshest training around to prepare them for combat missions. They endure difficult conditions and life-threatening scenarios so they can spring into action when the occasion arises. However, a training mission turned more real than usual when a man decided to fire at Navy Seals during a training mission and things didn’t work out so well for him.

A group of Navy Seals was traveling on a flotilla at Liberty Station in San Diego, California last night when shots rang out. Authorities arrived on the scene and took the shooter into custody. The firearm turned out to be a pellet gun and no personnel were injured during the incident.

“We recognize we are training in a densely-populated area. We have procedures in place to protect our students.”

An investigation is being conducted in order to find a motive and mental state of the shooter. He was arrested and charged with assault with a deadly weapon, threats, brandishing a replica firearm and obstruction. ABC 10 News San Diego provides additional coverage of the incident in this clip.