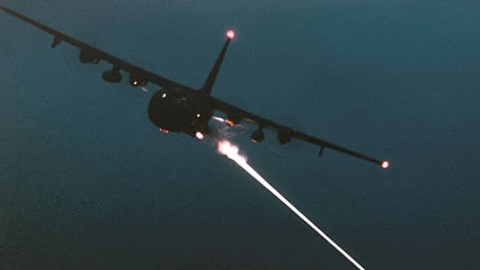 The AC-130J Ghostrider is a highly modified version of the MC-130J aircraft. With its introduction, it became one of the most fearsome U.S. Air Force planes and in May 2012, it was officially named Ghostrider. It flew its first combat mission in 2019 and already has several advanced features. However, it’s still getting a high tech upgrade.

In 2022, it will be tested with a laser weapon system and the U.S. Air Force will install it in the 60-kilowatt range. This is enough to cripple an adversary.