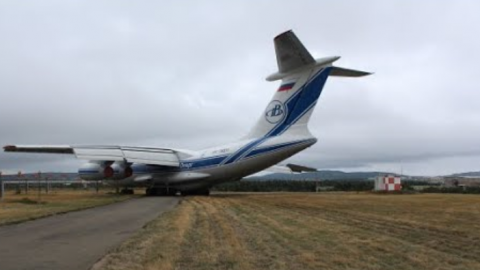 There’s not a lot of information regarding this incident but as you can see on the video, the pilot of an Ilyushin Il-76 loses control of the aircraft during landing and it veers off the runway. We couldn’t find anything else about it, however.

The Ilyushin Il-76 is a popular cargo plane. This multi-purpose four-engine turbofan strategic airlifter was initially conceived as a replacement for the Antonov An-12. It was designed to carry and deliver heavy payloads to remote places but it has also been used in civilian evacuations and disaster relief. It first flew on March 25, 1971.