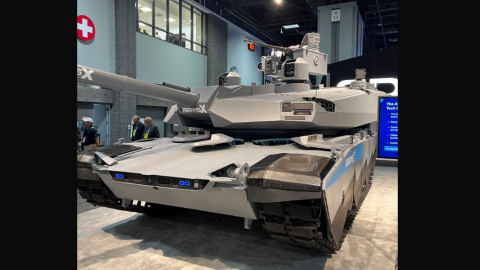 This new tank is fitted with an autoloader and an unmanned 120mm turret, reducing the crew to just three. It is powered by a hybrid electric-diesel engine that is lighter and more fuel-efficient than the current Abrams tanks. The change to a new engine and XM360 gun tube made the tank roughly 10 tons lighter than before.

An artificial intelligence system on board the AbramsX could spot enemies from far away, while targeting relies on two 360-degree panoramic roof-mounted sights. The tank also comes equipped with enhanced armor to protect it against bombs dropped by drones.

While conversations with the US Army have started, there’s still no clear timeline on when the AbramsX enters service – or if it ever does. Outfitting tanks with AI comes with a lot of risks.