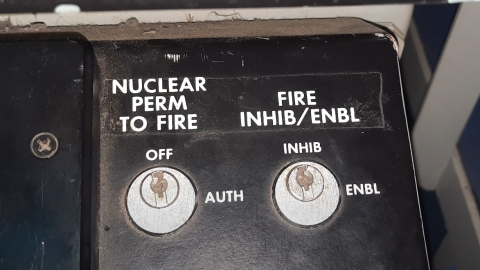 Maintainers at USS New Jersey found two keys inside the Iowa-class battleship while cleaning. The two keys read: “Tomahawk Fire ENABLE / INHIBIT” and “Nuclear PTF” (Permission To Fire). Here’s what they look like: 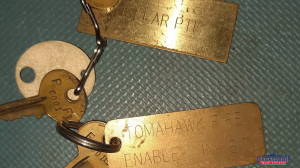 As any curious person would, Ryan Szimanski decided to test it out after finding the appropriate key slots.

According to a viewer who served onboard a guided missile cruiser and a destroyer in the 70s, the two keys were kept in separate safes in the control room.

The keys gave access to the batteries that had to be installed into the ASROC (Anti-Submarine Rocket) nuclear depth charges before launch. Without the batteries, nuclear detonation would not occur.