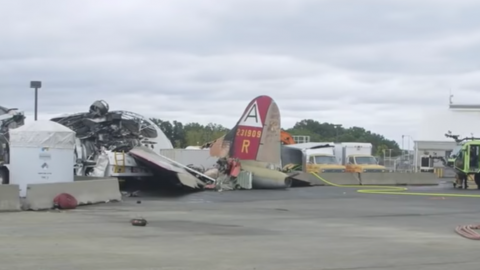 In a recent video uploaded to Youtube, you can see a quick walkthrough of the damage that was left from the unfortunate crash that took 7 lives last Wednesday. It is believed that the aircraft lost power to an engine, and in an attempt to emergency land, came up short of the runway 1000 feet and veered right, into a de-icing facility. There has been an on-going investigation on exactly what went wrong and all the sequences leading up to that moment, but as you can see from the aftermath, the impact was severe.

Also, we did find a great video from Youtube user Pure Living For Life as to what the news isn’t saying about the crash. Might be a good watch to understand more of what’s going on.

Tragic B-17 Bomber Crash: What the News Isn’t Saying