B-17 That Went Down In Connecticut Also Crashed At Beaver Co. Airport 1987 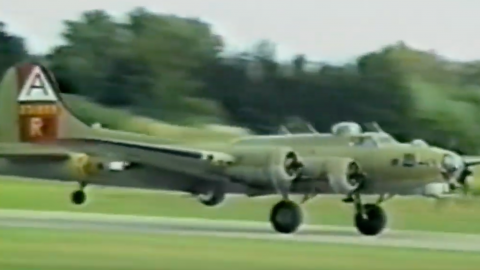 Last week B-17 Flying Fortress “9-0-9” claimed the lives of 7 people in a fiery crash after landing 1000 ft short of the runway and veering off to the right, striking a de-icing facility. This event has devastated the vintage aircraft community and aviation enthusiasts all around the world as it was such an iconic airplane from WWII and there are only a few flying left.

But recently we were reminded that this same aircraft also wrecked in its past in 1987 at Beaver Co. airport when it overshot the runway after some strong winds and went into trees passed the runway. There were 3 people on board who were injured and experts say that the cause was the aircraft was going too fast for the conditions and was pilot error.