B-52 Bombers On The Way To Eastern Europe 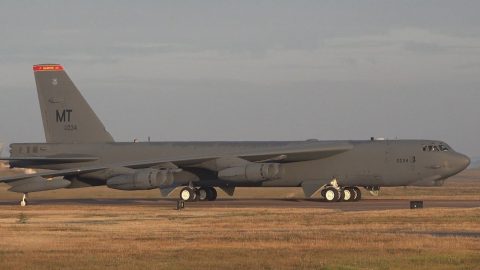 Operating out of RAF Fairford, these bombers are a part of the 23rd Bomb Squadron. Just three days ago, USAFE announced that two US B-52 bombers will fly over Europe.

Today, those two B-52s have taken off and are scheduled to fly over North Macedonia, Albania, Montenegro, and Croatia. This low approach flyover was done to ensure NATO that America is committed to upholding peace.

Some smaller countries have also requested an increased US presence in Europe. These were in response to the ongoing Russian invasion of Ukraine.

There’s nothing quite as menacing as seeing US B-52s flying over a foreign country. If there’s one plane you can scare your enemies with, it’s definitely by using the Stratofortress. These birds are in service for so long for a reason!