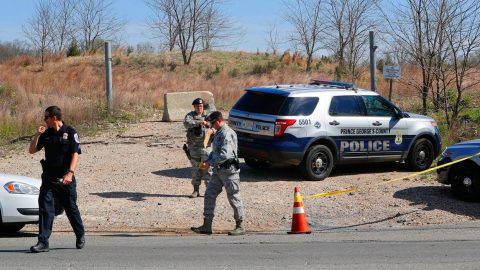 Last April an F-16C Fighting Falcon in the service of the National Guard met its fate during a routine training exercise. The incident occurred about six miles outside of Joint Base Andrews in Maryland causing the pilot to eject. The F-16C crashed into an unpopulated area, the pilot escaped with only minor injuries but the cause of the accident was unknown until now.

Air Force officials conducted an investigation into the F-16C’s wreckage to find the reason. The pilot reported mechanical failure as the reason for the malfunction which caused him to ditch the plane in an empty forest. But the true cause of the crash was an improperly assembled engine which lacked a 600-degree training ring and the anti-rotation pin.

Everyone is happy that no one was killed or seriously harmed by the crash it does bring up the cause for concern about safety. The situation could have been a lot worse if not for the pilot’s quick thinking to ditch extra fuel and find a safe place to bring down the fighter. In the end, this is a situation that could have been prevented had the proper measures been in place.