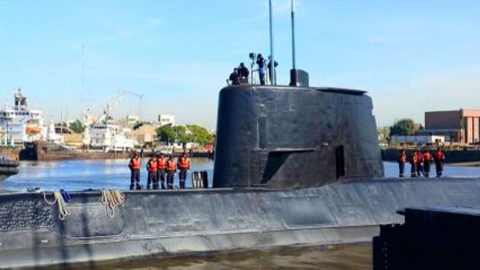 It has been over two weeks since the ARA San Juan disappeared off the coast of South America. A submarine with a crew of 44 vanished without a trace as teams scrambled to find them before their life support ran out. Many countries united in their search for the ARA San Juan but now the Argentine Navy has issued the final word, the search is over.

“Despite the magnitude of the efforts made, it has not been possible to locate the submarine.”

They put all they had into the search and still nothing has come up that gives a glimmer of hope for the ARA San Juan. A final transmission was given that spoke of water causing a short circuit in the batteries and then nothing. Everything was used from sonar to marine robotics and they were unable to turn up any signs of life in the stormy ocean conditions.

It is a horrible situation knowing that these crewmen are likely dead after failing life support systems or worse. All that can be done is to mourn those who gave their lives in service to their country and wish the best for their families and loved ones.