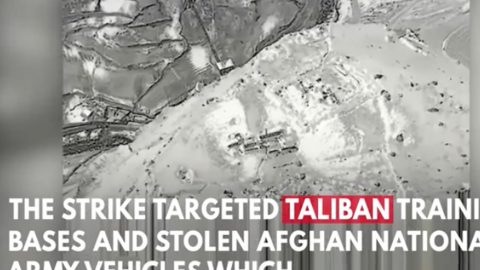 On February 6th, 2018, The United States Air Force deployed a B-52 Stratofortress to the northern part of Afghanistan to hit strategic targets which have been confirmed to hurt the Taliban if destroyed.

“There will be no safe haven for any terrorist group bent on bringing harm and destruction to this country.” -General John Nicholson | Commander of US Forces in Afghanistan

In 96 hours, the crew dropped 24 precision-guided munitions after the aircraft was reconfigured with a conventional rotary launcher pictured below. The aim was to target known revenue sources such as poppy seed plantations as well as stolen armored vehicles from the Afghan National Army. In addition, the targets hit included training facilities. The bombing campaign was triggered by a cowardly attack in which a terrorist cell packed an ambulance full of explosives and drove it into the heart of Kabul, Afghanistan’s capital, last week. The attack killed over 100 people with almost twice as many injured