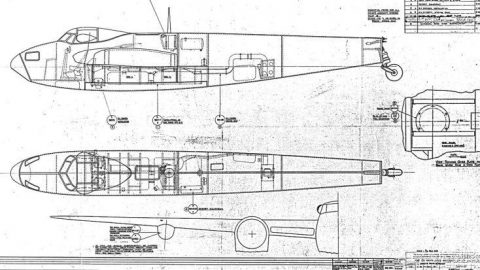 Desperate times for call for desperate measures and during WWII that desperation turned to great innovation in the form of the Mosquito. This amazing plane attributed its stellar performance to a shortage of metal in Great Britain which forced its airframe to be designed from wood. However, the years were not kind to the Wooden Wonder and they were all lost over time but that could be changing very soon.

As luck would have it, a team searching through a soon to be demolished De Havilland factory stumbled upon the plans of the Mosquito. More 20,000 technical drawings of the plane are in great condition and will play a vital role in reviving the lost plane. A group called the People’s Mosquito Project has been attempting for years to reconstruct the plane and now they have the breakthrough they needed.

“It is actually probably unique in the world in that it’s a complete collection of drawings for every mark and modification that was ever made to a Mosquito.” There are only two flyable Mosquitos left on the planet which underwent massive restoration in order to hit the skies again. Now with these plans, the People’s Mosquito Project can build the Wooden Wonder from the ground up in order to achieve their dream of seeing it fly over Great Britain again.