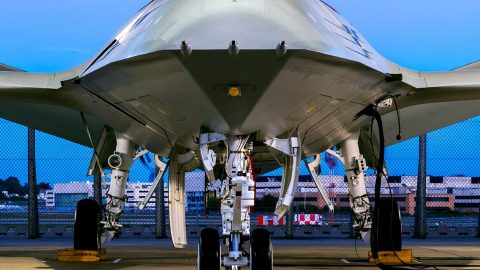 This morning, December 19th, 2017, Boeing released a Tweet with a picture of their submission to the DoD in regards to an autonomous aerial refueling system for the Navy. The proposal called for a carrier compatible UAV (Unmanned Aerial Vehicle) with tanking capabilities. Boeing called their submission the MQ-25A Stingray.

The Tweet below shows that Boeing’s been on top of things and submitted their testbed earlier. They are now ready to start engine testing and are getting ready for catapult launches.

Also, the tanker is to be compatible with the systems of F/A-18 Super Hornets, EA-18G Growlers and Lockheed Martin’s F-35Cs. The first two are made by Boeing already so the systems are readily known whereas we’re not sure how F-35s would integrate if Boeing wins the contract.

The companies competing for the contract are Boeing, Lockheed and General Atomics. Northrop Grumman dropped out of the race in October with their X-47. The final proposals are due on January 3rd, 2018.