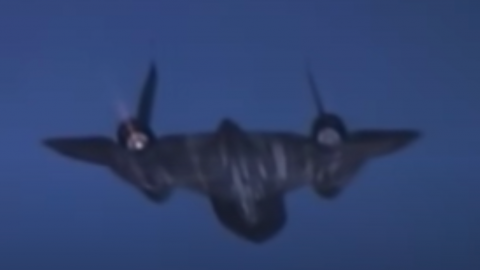 Flight Of The Blackbird.

On May 1st, 1960 in the midst of the Cold War the Soviets shot down an American spy plane. The failed aerial reconnaissance mission over Soviet airspace soon became known as the 1960 U-2 Incident. During the Cold War knowledge of an enemy’s activity was key to victory and the U-2 spy plane was not enough. The United States needed a reconnaissance plane without the vulnerabilities of the U-2 so they designed something new, the SR-71.

“Most importantly, the aircraft delivered on its strategic responsibilities, providing the United States detailed, mission-critical reconnaissance for more than two decades. Only a select few know the true extent of the role the Blackbird’s intelligence played in the Cold War.”

From the mind of aviation guru, Clarence “Kelly” Johnson the SR-71 Blackbird emerged in 1966. The Blackbird stood out as the world’s fastest aircraft, a title it still holds to this day. Built without weapons or countermeasures it relies on sheer speed to evade enemy attacks. Soaring at heights of 85,000 feet and speeds above Mach 3 the SR-71 can easily outpace enemy missiles. A total of 32 of these aircraft were built, 12 of which were lost to accidents but none to enemy attack.

“The altitude we flew at was anywhere between 70,000 – 85,000 feet. If you look out one window to the front cockpit you can see a very definitive curvature of the earth. Very bright in the day, very dark at night. From about 45 degrees above the horizon, the stars are out in the daytime.”

The SR-71 was made of titanium rather than aluminum which would melt at the high speeds the jet was able to reach. In fact, the heat during travel can become so intense that pilots have to wear pressurized suits to avoid having their eyeballs melt during flight.

Sadly this record-holding jet has been retired in favor of satellite technology rather than using a jet without weapons. The Blackbird had a good run and paved the way for modern stealth jets. Declassified footage of the world’s fastest aircraft can be viewed here as well as a testimonial from a former pilot.