Film Of B-36 Blowing Antennas Off Fort Worth Roofs 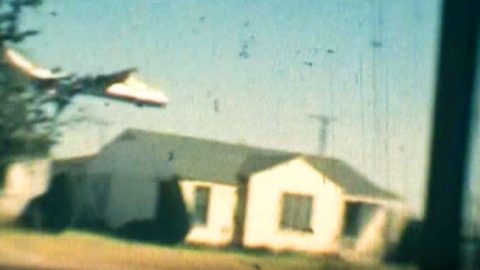 Don’t You Miss The Old Days?

Step back in time when things were a lot more fun, but maybe not necessarily safer.

This home movie (probably captured by one of the Fort Worth wives), shows a B-36 Peacemaker crew making what we could only classify as the lowest bomber flyby over a residential neighborhood ever recorded. We know that that’s saying a lot, but watch the video and see for yourself. We bet you’ll agree.

As a fun fact, know that the Peacemaker has the longest wingspan of any military aircraft ever built and it first flew in 1946. It’s 230 feet long.

By some accounts, people reported their antennas being knocked down. Although the different interviews varied, some believed that the plane actually hit them. We weren’t there, but that probably wasn’t the case. We figure that the jet and prop wash simply knocked them over as he was super low by any standard.

Too bad there’s no sound but hey, at least we get to see it. Must have sounded like a chainsaw though, and the furniture around those houses probably moved a bit. With 6 props and 4 jet engines, this thing was massive and turbulent.