Footage Of How F-117s Bombed 1,271 Times During Desert Storm And Nothing Happened 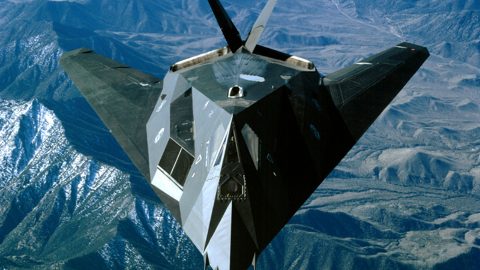 Let’s take a step back to the year 1991 when the United States was involved in the Gulf War. Pitted agains Saddam Hussein’s military, the U.S. was determined to destroy their high value targets. The problem was that their capital of Baghdad where these targets were was heavily fortified by AAA (anti aircraft artillery) and SAM (surface-to-air) missiles.

While regular bombing runs from platforms like the B-52 Stratofortresses or B-1 Lancers would have significant risks involved, the United States had been developing stealth technologies for over a decade at that point. Alongside B-2 Spirit bombers, F-117 Nighthawks were going to be sent in to take care of those targets.

The United States produced a total of 64 Nighthawks including its prototypes.

The clip below from the Smithsonian Channel will show you some interviews and real footage of those missions. You’ll even hear from one of the pilots who flew the Nighthawks and how unsure he was during his first bombing run but then changed his mind when he saw how well the technology was working. As the pilot himself said, nobody even saw them on radar. They simply flew uncontested.

This success rate, of course, came to a very fiery end waking the U.S. up a bit when an F-117 was shot down in 1999. Long story short, during that time the U.S. got involved in Yugoslavia and a pilot got shot down. Luckily, he bailed out in time and was later recovered.