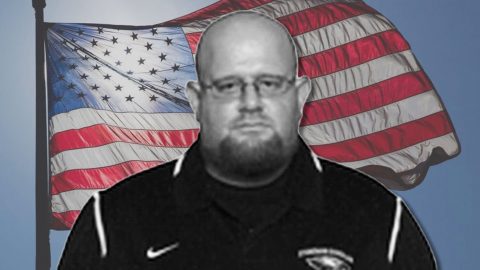 The recent shooting at the Marjory Stoneman Douglas High School in Parkland, Florida is difficult to come to grips with. The senselessness of the act itself, as well as everything that contributed to it, doesn’t fit any logical criteria. There is a glimmer of hope, although bittersweet, which came in the form of Aaron Feis.

If you feel you’re in the position to help, you can donate to the official GoFundMe page dedicated “to providing for the victims’ funeral expenses and survivors’ counseling.”

The assistant football coach, Aaron attended the high school some two decades earlier and had been teaching there for the past 16 years.

When the shooting erupted, a witness told news reporters he saw Aaron in a golf cart racing toward the sound of the gunfire. Soon after, students who escaped with their lives started hearing he was shot while shielding a female student from incoming bullets. “It’s what he did,” said Willis May Jr., the head coach who worked with Aaron.

In the aftermath, 17 people lost their lives while many others were injured. The shooter was apprehended and is awaiting trial.

Aaron Feis is survived by his wife and young daughter.