How Many Mistakes Can You Count In The Dumbest C-130 Clip Ever Made? 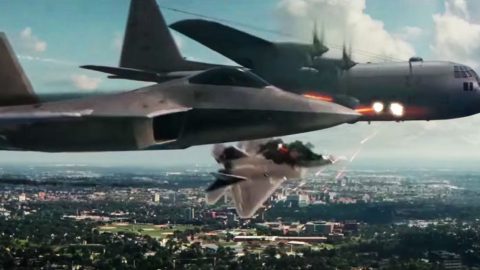 So let’s get one thing straight. We know this is from a movie and movies are meant to be entertaining, but man, it’s just fun picking apart action sequences that are almost funny in how wrong they are. Sure, some things need to be modified in order to tell the narrative, but this is just out of this world.

The movie this is from is called Olympus Has Fallen. Just for a bit of background, the White House has been attacked and a badass type dude takes on a whole battalion of terrorists to protect the president. Guns, explosions and bodies stacking on top of each other is the premise of the whole thing.

And, of course, major aviation mistakes in the sequence below.

Watch it for yourself and let us know what you pick up. Sure, it’s entertaining, but from the getgo, an AC-130 gunship would never get so far inside of Washington D.C.’s airspace. Also, they don’t have 4 Gatling guns, two on each side. Then there’s the pilot who has a little red button on his yolk which apparently fires said Gatling guns. Everything is just so wrong.

It’s just funny how none of it is even close to being close to life. Watch the clip below and see what else you can spot.