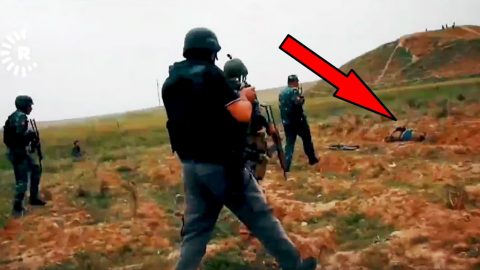 Luckily, No One Was Seriously Hurt.

This footage comes to us from a Kurdish reporter Hunar Ahmed who was at the scene. Protected by Iraqi Federal Police, the crew pushed into hostile territory near Mosul and came under attack.

After an intense exchange of fire, surviving ISIS members retreated, leaving one of their injured behind. Laying in a ditch, he waited until the maximum people approached and detonated his suicide vest.

This particular video is a bit edited as you can tell. Once the incident happened, the publishers made it more intense than the original footage by using a bunch of fast cuts and repeated scenes, but that’s just the world we live in. Sensationalism rules the world.

The incident was intense enough for us though. That was a close call and although some police officers in the video were hurt, no one sustained life-threatening injuries.