N. Korean Nuke Base Collapses With 200 Dead But The Leak’s The Real Problem 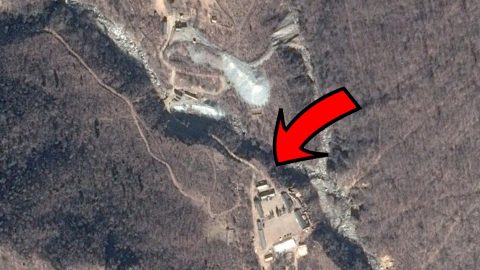 When You Play With Fire.

North Korea has been a heated topic of conversation for years now. More often than not, it’s about their nuclear arsenal testing which has been banned by most countries around the world except for the two major nations that could lead to a world war, namely, China and Russia.

As things escalated over the past year with Kim Jong-Un testing his ballistic missiles and sending them over Japan on more than one occasion, thing’s just turned for the worse, but for North Korea itself. Also, possibly everyone else.

In early September Kim and his regime tested a hydrogen bomb which was 100 more powerful than the bombs dropped during World War II, yet small enough to be fitted on a ballistic missile.

It was deemed a great success according to Kim.

The test, by the way, was performed underground and during that time U.S. intelligence agencies recorded seismic activity reaching 6.3 on the Richter Scale. This severely disturbed the mountains surrounding the underground blast.

According to Fox News, The Sun, RT News as well as other sources, an underground tunnel leading into the heart of the nuclear base collapsed when the surrounding mountains gave way. It trapped or killed over 100 people in the tunnel. After some 100 rescue workers were sent in, they were trapped as well when the other portion of the tunnel came down. All of them are feared dead.

Experts fear the worst, however. With the facility being crushed under rubble, there is a strong possibility of a massive radioactive leak. South Korean scientists, as well as their Chinese counterparts, have already seen levels of xenon-133 in their airspace, a byproduct of a nuclear detonation.

They fear that without proper care and clogging up the “blow hole” left by the collapse, the disaster site could potentially start oozing tons of radioactive material into the air.