Women Saved By Navy Withheld A Crucial Piece Of Information 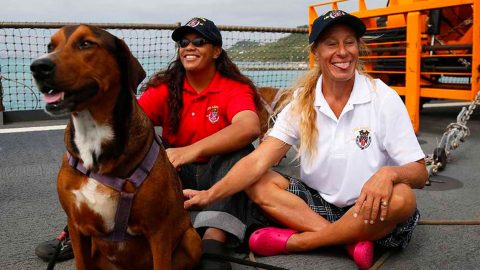 Jennifer Appel and Tasha Fuiava were recently rescued by the US Navy after being adrift at sea for over five months. They told their story which included losing a cell phone, their motor failing and their sail failing all mounting up to being stranded. However, when the pair were questioned about their time in the open ocean something didn’t add up.

Appel and Fuiava are well-established seafarers with plenty of experience and the right equipment. They certainly had enough food rations on board for themselves and their dogs to last a year and they didn’t look in bad shape upon their rescue. The sketchy part was when the US Navy asked why they never activated their emergency homing beacon.

“We asked why during this course of time did they not activate the EPIRB. She had stated they never felt like they were truly in distress, like in a 24-hour period they were going to die.”

These homing beacons are very durable and the pair knew full well that it was onboard. Although there is no criminal investigation into their actions, it does raise questions. CBS dives deeper into the contradictions of their story in this clip.