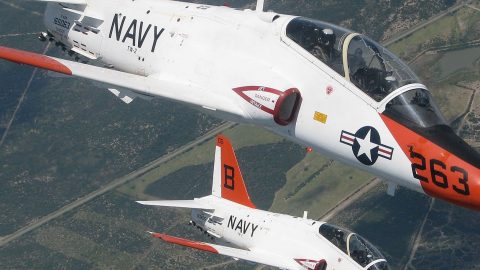 Our Condolences To All Affected.

On Monday, October 2nd, 2017, the United States Navy confirmed that a T-45 Goshawk training plane crashed into the woods in Tennessee. Both the pilot and student onboard perished in the crash.

The training mission was conducted by Training Air Wing ONE. The mission of this wing is to “train the world’s finest combat quality aviation professionals, delivering them at the right time, in the right numbers, and at the right cost.” So far, they’ve trained over 2,400 naval aviators.

Although the wing is known for its excellence, past reports indicate that outdated and malfunctioning planes have been plaguing the Navy. The T-45 has been in the news several times in the past few years as it made its pilots lose consciousness from oxygen deprivation as well giving pilots and students physiological episodes that hindered their ability to fly.

The names of the pilots will not be released until next of kin are notified. The crash is under investigation.