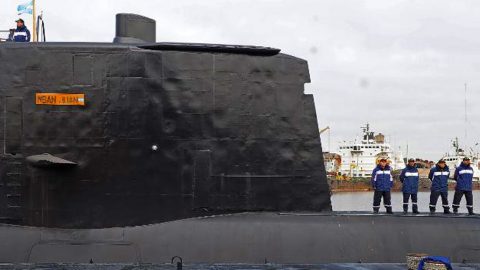 Naval submarines are known for their ability to evade detection but sometimes the loss of contact becomes worrisome. The Argentinian Navy has reported that they have lost contact with one of their submarines somewhere in the South Atlantic near Patagonia.

It has been two days since the Argentinian Navy has received any signal from the ARA San Juan after it departed from a base Mar del Plata. The vessel contained over 40 crewmen and a search and rescue operation has commenced to locate the submarine in the event of the worse.

“We have ordered all terrestrial communication stations along the Argentine coast to carry out a preliminary and extended search of communications and to listen in to all the possible frequencies of the submarine.”

Submarine crews are trained to surface if communication problems persist in order to make their presence more detectable. The San Juan is supplied with enough food and water for lengthy missions, but all they can really do is wait.

“We have faith that it’s only a loss of communications.”

An investigation is underway towards locating the missing, details will update as they trickle in.