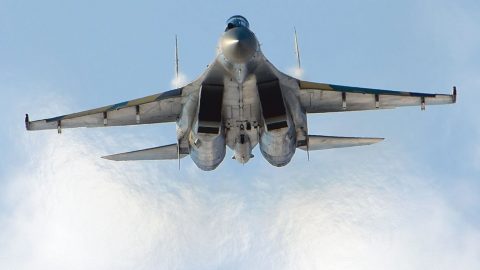 As If Chinese Wasn’t Hard Enough.

We don’t want to get political in this article. It’s not about who or what or why. With alliances shifting everyday on the global stage, we’d just want to stick to our beloved planes. That’s what we like to see, write about and make a living out of.

For this reason, we’ll just present a fact without delving into the politics (too much.) Russia and China are ‘buddy buddy.” We know that. Russians make some really [email protected]$$ planes. Arguable, but we believe so.

Now, the Ruskies struck a deal with China sometime in the beginning of October. By next year, the Chinese expect to receive about 24 of Russian made Sukhoi Su-35s. They’re Russia’s most capable multiple fighters as of today, only superseded by the PAK FA which is still in development and hasn’t been combat tested. Here’s the kicker. Su-35 have a mostly glass cockpit (similar to the F-22 and F-35). After spending an entire year translating all the readouts from Russian to Chinese, engineers realized that Chinese characters are too small and end up looking blurry on the displays.

The only way to remedy this would be to install bigger LCD screens, but that would require the whole cockpit to be retrofitted. Since money is a bit tight when it comes to the Chinese defense budget, they asked for the Su-35s “as is.”

Before getting the delivery next year, Chinese pilots will now have to hit the books and learn Russian before they can even set foot in the cockpit. Otherwise, they won’t know what anything is.