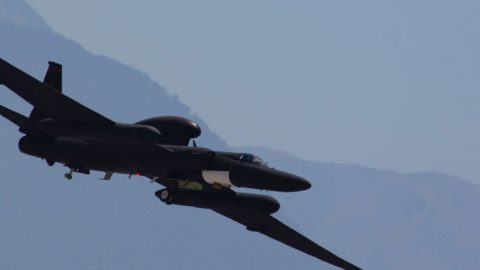 Details Are Unfolding At This Time.

On Tuesday, September 20th, 2016, a U-2 reconnaissance crashed into a mountainous region of Northern California. At approximately 9:00 a.m., the plane and its two occupants probably took off from Beale Air Force base as the first announcement came from there.

There is only one piece of footage of the crash, but it’s exclusive to one news network. If you’d like to see it, click here until we can secure our own footage.

The U-2 Dragon Lady was assigned to the 1st Reconnaissance Squadron and was heading on a training mission.

A Unites States Air Force U-2 Dragon Lady crashed shortly after takeoff at approximately 9:05 a.m. today near the… https://t.co/kbjA9snAep

A bystander caught the crash on a camera phone, and soon after caught a glimpse of the two ejected pilots as well. A third parachute, most likely carrying gear, was seen behind them. There are no definite reports on the condition of the pilots as of yet. We’ll keep you updated as new details come to light.

UPDATE: Sep. 20th, 3PST- Air Force confirmed that one pilot is dead and another sustained injuries.