News | N.Korea Launched Another ICBM, This Time, Right Over Japan 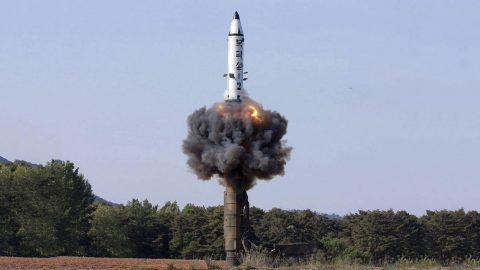 Japan Is Now Treating This As A Grave Threat.

For the past months, North Korea has been testing their new missiles despite sanctions and a backlash from world powers, but none of them have been too threatening. Some blew up right after takeoff while others fell into water, although Japan was not happy about them doing so just 150 miles off their coast.

On August 29th, 2017, however, tensions are as high as they’ve ever been. Both the Japanese and U.S. government picked up a missile launch out of North Korea, however, reports are now surfacing that it flew directly over Japan.

We have to say that this morning’s launch by the North is the most serious and grave threat ever to us, as the missile seems to have passed through our airspace.

At this point, this is the second missile to be tested by North Korea in the past few days. Tensions are extremely high in the region and the Pentagon is now in the process of assessing the situation and the deciding on the appropriate course of action.