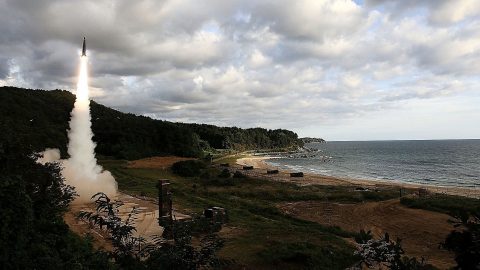 Kim’s at it again, this time opting for not overshooting Japan’s mainland again (he’s done that on multiple occasions now) but dropping his latest ICBM near their shore.

This is the second missile North Korea has launched in the last month showing the world they’re not slowing down their nuclear arsenal development despite major opposition by many countries, especially the United States. Japan is particularly not happy about their cavalier actions as North Korea is playing with their yet to be proven missiles right in their backyard, if not right over it on occasions.

President Trump was briefed on the incident while the missile was still airborne, saying shortly, “we will take care of it.”

Pentagon on North Korea missile: We are assessing the situation from CNBC.