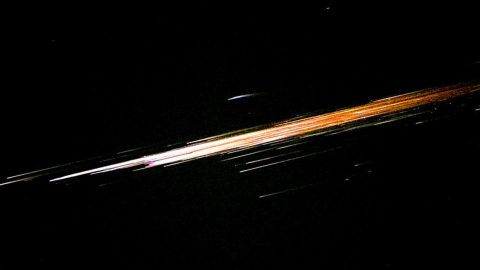 The city of Dubai is a shining jewel in the Middle East that attracts tourists from all over the world. Much to their astonishment, the night sky began to shine like a jewel as some sort of object caught fire in the atmosphere. There were a lot of rumors and speculation about this object but officials have come forward to say that is actually is.

It could have been an alien invasion, it could have been the start of World War III but in actuality, it was actually pieces of a Russian spacecraft. It is an unmanned rocket that brings supplies to Russians aboard the International Space Station.

“Such modules are guided in such a way that it burns in the air and does not fall into a populated area. This was the Progress module that supplies the International Space Station with water, food and equipment. It is an unmanned vehicle that is totally autonomous, it docks at the station, the equipment is removed and it’s sent back where it burns in the atmosphere.”

So it really is nothing to worry about. But if you haven’t seen it just watch this video, it’s really cool.