The $102 Million Bomber That Almost Replaced The B-52 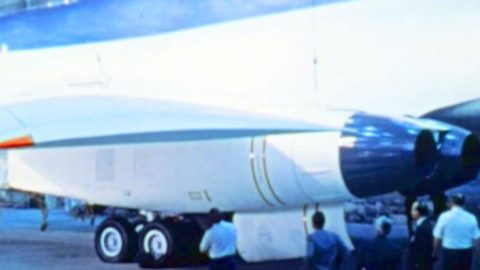 Battle Of The Bombers.

The Boeing B-52 Stratofortress holds a reputation as a world’s most reliable bomber, having lasted more than 60 years in service. There haven’t been many contenders to replace the B-52 but it was almost removed from service completely. In the 1970s there was another bomber with a $100 million that almost took the B-52 down a peg.

The year was 1974 and the B-52 had been in service for a few decades so the United States Air Force was considering a replacement. At the time the USAF considered the biggest threat to the safety of the American people was the Soviet Union and they sought a more effective bomber. The successor they envisioned turned out to be the Rockwell B-1A Lancer.

The Rockwell B-1A Lancer was a more versatile aircraft than the B-52 with its swept-wing design. It had the same payload and range as the B-52 while traveling at faster speeds nearing Mach 2. The B-52 flew at high altitudes while the B-1A could fly lower making it less susceptible to radar detection. In many ways, the B-1A was the superior aircraft but the B-52 is still alive and kicking, so what happened?

In the end, it did not come down to the effectiveness of the aircraft but rather the cost-effectiveness of the aircraft. The two planes went into the spotlight during the 1976 Presidential Election with Gerald Ford pushing for the B-1A and Jimmy Carter supporting the B-52. After Carter was elected President the cost of the B-1A had ballooned to over $100 million per plane and he promptly canceled the project.

The Lancer would eventually return with the help of Ronald Reagan as the B-1B when he sought to improve American defenses. But these days there is room for both the B-52 and the B-1B as strategic bombers in the United States Air Force.