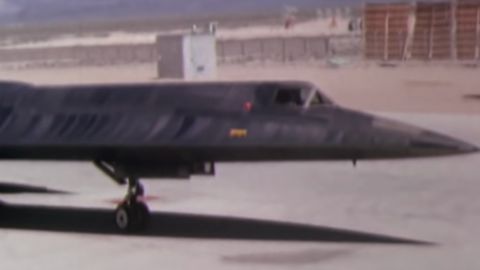 This Is A Pretty Good Find.

Now we all know the SR-71 Blackbird. A spaceship-like looking plane, the SR-71 was ahead of its time. Able to reach speeds above 2,000 mph, it flew further and faster than any air breathing jet engined plane. This thing was, and still is, a beast.

What a lot of people don’t know is that the SR-71 wasn’t the first of it’s kind. It was developed from the study of its “father,” the A-12. First flown two years earlier than the SR-71 in 1962, Lockheed’s top secret division, Skunk Works, built this plane for the CIA for reconnaissance. The rest is history.

Although never officially named, the A-12 was nicknamed Cygnus by its pilots.

This platform was officially introduced and flown operationally in 1963, but was retired shortly after in 1968. It wasn’t until the 90s however, that the existence of this plane was revealed to the public.

The reason for its early retirement was not so much its deficiencies but the expansion of such a successful program. Through lessons learned with this plane, the SR-71 was produced which was slightly bigger, could carry more fuel and more equipment, making it more versatile during missions.

There were a total of 15 A-12s produced with 6 of them being lost in accidents. The remaining planes are now scattered around the country in museums.