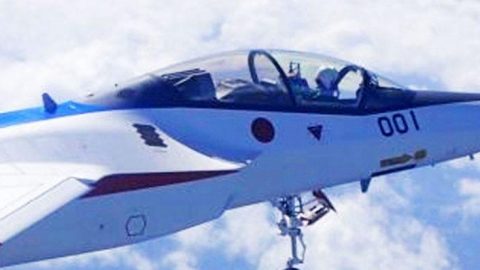 Back In The Game.

During WWII Japan practically dominated the Pacific with the Zero but has not been able to develop many fighters since. In the late 1990s, Japan was planning to upgrade their aging air force to newer F-22 fighter jets. However, the United States decided to retract the order for fear of foreign countries reverse-engineering F-22 technology.

As a backup plan, researchers at Mitsubishi began work on their own fighter jet, the X-2 Shinshin. The X-2 is the first fighter that the Japanese have developed in over 15 years and has amazing features.

“What we have to overcome will be the integration of complicated avionics system and advanced weapons into these stealth airframes. We have been working on a dozen of separate research projects, which include sensors, EW [electronic warfare], data links, fire control, heat management, etc. However, the integration of these technologies will not take place until the development program starts.” The development budget of the X-2 Shinshin is around $332 million and they plan to export this model. Tensions are rising between Japan and China so the Japanese require a technological advantage to compete with China’s superior numbers. The Japanese Air Force will conduct 50 flight tests within the next year before proceeding with X-2 weapons tests. One of the flight tests can be seen in the footage from Nagoya Airfield.