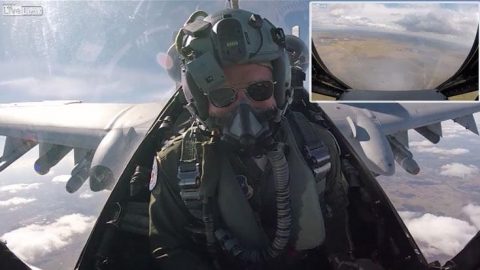 Did Someone Call-In Support?

There’s no sweeter sound to hear than the whine of an A-10’s engines when you’re in a tough spot. With that massive GAU-8 sticking out from its nose, these machines have been grinding down enemies since the 70s.

To get to that point, however, you have to practice just like anything else in life. When your target is a few yards away from your own guys, there is no room for mistakes. This is why Operation Guardian Blitz took place.

“The ability to have helicopters out of Virginia, tankers out of Niagara, and A-10s out of Fort Wayne all operating in the same sortie and off the same ramp is something you usually don’t get elsewhere.” Lt. Col. Joshua Waggoner | 122nd Fighter Wing Operation Guard Blitz Commander

The 122nd Fighter Wing just completed their training at MacDill Air Force Base in Florida. It was a joint exercise of 200 airmen from different branches and squadrons so they could cross-train and create synergy.

The DoD released a few videos of this event and we here at Frontline definitely dig the Hog footage. Captured from different perspectives, you can see the pilots launching rockets and (our favorite part of course,) unleash a couple of 72 round per second bursts of the infamous GAU-8.