The USAF Lost A $62.4M Plane All Because Of A Loose Screw 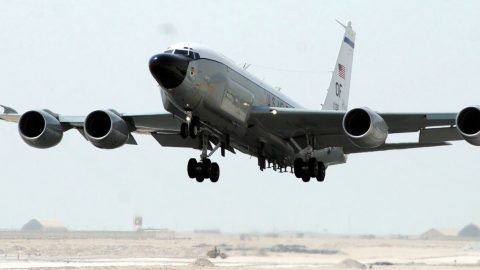 Thankfully No One Was Hurt.

This story is not new, as the incident transpired on April 30th, 2015, but not many people actually heard about it. The reason is that one, no one got hurt and that usually makes the news, and secondly because it’s almost too hard to believe.

An RC-135, a reconnaissance aircraft built by Boeing, was to take off on a routine training mission to Nebraska. After the crew of 27 boarded the plane, the jet wound up and was racing to take off. Then, all hell broke loose.

“I was just looking around and then, like, out of nowhere there was a fire,” -Cryptologic operator on the crew.

As everyone on the plane and investigators said however, this could have been a disaster. If the plane actually took off, by the time the pilot could have turned around to land it would have been too late. The crew said that the fire was extremely intense and they’d be no time to escape.

The CNN story we found has all the details in a short, concise video. Watch it to see how a little part filled the entire cabin with fire and smoke in mere seconds, endangering the entire crew.