One Of The Only Tank Suppressors In The World Looks Like A Giant D….. 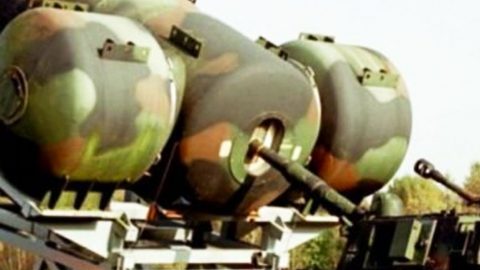 Actually, a couple of drums welded together. When we first saw it we figured it was some sort of Photoshopped gag someone put together, but after doing some digging, we found it’s an actual device used by Germany. And for good reason. Here in the U.S., we have plenty of room. We’ve got deserts where no one lives for hundreds of miles and if you need to make some noise you can take your pick. Germany is roughly the size of Montana and has a population of 82 million compared to Montana’s 1 million. Lots of people in not a lot of space. In order to practice tank and artillery drills and not piss off a whole lot of people nearby, something had to be done. Although a suppressor might have initially sounded like a terrible idea, it actually worked. This thing knocks down the noise by about 20 decibels. That might not sound like a lot, but we’re sure nearby residents appreciate it.