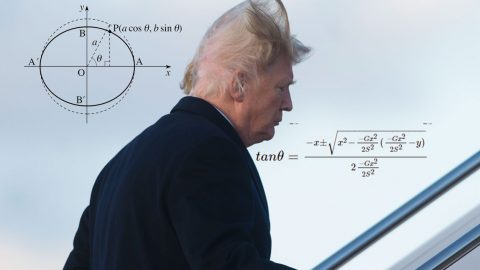 Well, At Least We Get A Glimpse.

So yeah. Yesterday President Donald Trump was heading up the stairs to board Air Force One when a magical gust of wind revealed more than we ever expected.

His hair is real. Or at least glued on pretty tightly.

We’d need to hire a team of scientists and gravitational experts to try to figure out what the hell is really going on up there, but we just don’t have the funds. You can, however, check out the video for yourself and see if you can figure it out.

Now, for those of you who are offended, well, get over it. This isn’t a political post. We don’t care if you like or dislike the guy and his policies or anything for that matter. As Americans, no, as citizens of the World, we can all finally unite as you’ve got to admit, everyone wants to know how that mop really works.