Why Did Hitler Call Himself Führer? – The Story Behind The Infamous Title 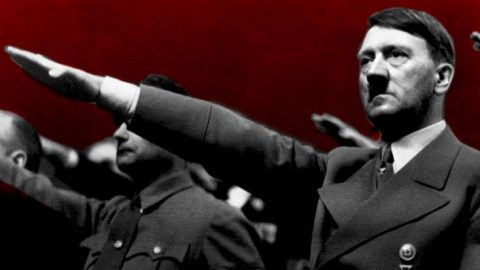 Adolf Hitler has gone down in history as one easily the most visible symbols of evil power. However, at the peak of his rule, he went by a title that has become synonymous with his tyranny, The Führer. But what does this title mean and why was the only person in history to use it.

Führer in the simplest of terms means “leader” in the German language though it has been tarnished by Hitler. But there is a deeper story behind how he earned this moniker that will follow him for the rest of time.

In 1933, President Paul von Hindenburg named Adolf Hitler to be the chancellor of Germany. However, this title allowed him to create “The Enabling Act” where he would establish laws without interference from the Government. In 1934, following the death of Hindenburg Hitler appointed himself the President of Germany as well. This allowed Hitler to gain control of the military portions of Germany and not one was there to stop him due to the Enabling Act. So Adolf Hitler assigned himself the title of Führer which includes both positions of power and complete control over Germany.

Hitler gave specific instructions upon his death the powers of the Führer be divided into President and Chancellor. So he ensured no one else would have the legendary Führer powers that he did. The office and title of Führer is simply a legal dictator with omnipotent power of Government, military and people.

This video from Name Explain shows gives additional details on the Führer story.