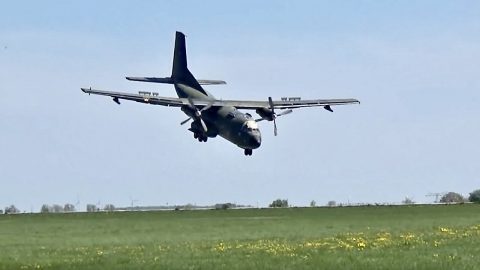 This Transall C-160 pilot went into a very steep nose dive towards the runway right before landing. Don’t worry, though – according to some of the comments, this was merely a combat routine called the Sarajevo Approach or the Khe Sanh Landing.

A part of this routine is to stay as high as possible and then dive last minute to land. The pilot also fanned out the propellors as much as possible, making them function as giant airbrakes to gain as little thrust during the dive.

This peculiar approach is done to minimize and avoid gunfire from the ground while operating in hostile territory. It was most notably used during the Bosnian War during operations at Sarajevo.